Are you in need of some serious laughter? How about a place to forget about all your worries or the day’s stressful events? Then look no further. I have the answer for you right here. It’s called Wiseguys Comedy Club. And while you are enjoying the show, you could still relax and play บาคาร่า online using your device.

Wiseguys Comedy Club is located in Utah and has four locations across the Wasatch Front to cure your funny bones desires. This comical club has found homes in West Valley City, Orem, Ogden and in the heart of Salt Lake City at Trolley Square. Wiseguys feature the finest and funniest in live stand-up comedy. The club is open to all ages but the comedian’s routines are not censored so attend at your ears own risk. The clubs highlight “different national touring comedians every weekend and have hosted numerous celebrities including Lewis Black, Dave Attel, Joe McHale, Margaret Cho, Caroline Rhea, Carlos Mencia, Harland Williams and more. Wiseguys has twice been named Utah’s Best Comedy Club by Salt Lake City Weekly and has been featured several times in the Salt Lake Tribune, Deseret News, Standard-Examiner, KUTV2 News, and Fox 13.”

I have personally been to the West Valley location and Wiseguys is not your average comedy club that you may have seen on TV. The clubs ambiance is cozy, intimate and features a small stage in the front and center. Long tables are set up diagonally on either side of the main isle, leading up to the stage. The first couple rows of tables are perfect for the brave souls who wish to engage in humorous repartee with the wisecracker. For those of you who wish to stay out of the comedians view point. There is additional table’s setup on the far side of the diagonal rows and also in the back.

And what would a comedy club be without a heckler? There has been at least one at every show I have attended. Unfortunately, there is not one “designated” spot for those few belonging to the peanut gallery. But if you should find yourself sitting next to one, don’t worry. A good comedian will usually make them the butt of their jokes. Leaving you to laugh at their expense and out of the entertainer’s routine.

Looking for something cheap to do on the weekend? No problem. Wiseguys has a 2 for 1 coupon valid only on Friday and Saturday shows. The clubs have a café-style menu of appetizers, sandwiches, desserts, bottled beer and soft drinks. But something I didn’t know the first time I enjoyed these fine comedic routines is that one menu item must be purchased during the show.

So where ever you live, you are just minutes from chuckling, giggling or whatever your brand of laughter may be, at Wiseguys Comedy Club. For more information and scheduled performers visit their website at www.wiseguyscomedy.com. 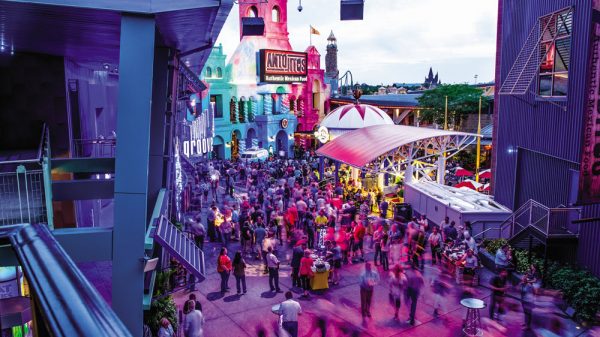 Maria MearsMay 15, 2021
We use cookies to ensure that we give you the best experience on our website. If you continue to use this site we will assume that you are happy with it.OkNo