This was my first ever photo comic, and of all of my comics I’m most interested in revisiting these. Originally I wanted to do it in order to force myself to do more photography, but I got lazy and ended up just taking photos whenever I could instead of going out of my way to do it. In a way that’s kind of better because I’ll be able to remember where I was and what I was doing before I took the photo instead of just “Oh, this was the day when I decided to go take some photos.”

That said, I think I took this photo just for reference so that I could draw subway seats better, but for some reason chose to make all my subway comics take place to the left of the door instead of the right. 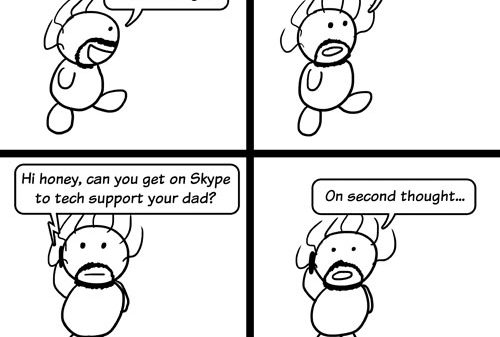 My dad recently got a Mac Mini to replace his ailing PC and I spent about 40 minutes on Skype setting up remote access,...